We Have A Dream runs away with the Juvenile Hurdle 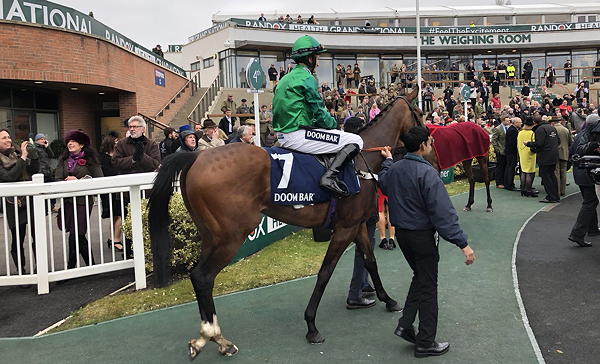 The Nicky Henderson-trained We Have A Dream produced an impressive front-running performance to win in style.
The Martaline gelding set a steady tempo throughout the two mile and one furlong event under Daryl Jacob and quickened clear in taking fashion after the last to score by seven lengths from Philip Hobbs' Gumball in second.
We Have A Dream's stable companion, the well-supported 6/4 favourite Apple's Shakira was a further 10 lengths behind in third.
We Have A Dream is now unbeaten in five starts in Britain since joining Henderson for owners Simon Munir and Isaac Souede
The Seven Barrows maestro said: "We Have A Dream enjoyed that. He's made the running before and whilst he isn't a front-runner, he loves to bowl along in front.
"His jumping is very slick and he was very good today.

"We Have A Dream had the advantage of not going to the Cheltenham Festival as he had a temperature the Monday before. Whilst that was a pity at the time, maybe it was a blessing as he was a fresh horse."

Jacob said: "He's a wonderful horse. From day one I've thought a lot of him. He is a wonderful traveller, a very quick jumper and the ground out there is perfect for him. I was absolutely gutted when it came out that he wasn't going to Cheltenham, but I think in hindsight it was the best thing for him.
"He's very laid-back, he's a lovely jumper and he just does everything you want from him.
"He likes to go a nice even gallop and he's straightforward. I think he will go on from here - a nice summer's grass will do him good as well. I hope he's got a big future, and even when he jumps a fence I think he'll be super.
"Gumball has obviously run a great race in second but I think this lad will be even better when he steps up to two and a half miles. Fair play to Anthony Bromley - it was another magic buy.
"I have some good rides all this week and it's great to get off to a flyer. I can't wait for the National - I have been so excited about Ucello Conti all year and I am glad that he is here in one piece. As rides go, he has a great chance and I just can't wait - I wish the National was today!"